If I was given a chance to have my opinion about this week's car/bike crash at 41st & Kiwanis read by someone that pulls the levers of power in this city I would say...

I know this is your work neighborhood. I walk by your front door pretty regularly. You and I met for coffee when the council was considering the 3' safe passing ordinance. Also, you are my councilman.

Thank you for being willing to hear my suggestions.

Consider how we influence human behavior in transportation as you assess crossing 41st & Kiwanis.

Somehow we don't do this for sidewalk users. Heading south or east on the sidewalk we expect users to know 660 or 1100 feet in advance that crosswalk passage through an upcoming major intersection is not available. We offer no way-finding at the point of closure and even if we did the signs would offer options that are round trips of 1/4 mile north or 1/2 mile west. This is a substantial increase in distance and time for most sidewalk users.

Don't completely accept police spokesman Sam Clemens press briefing statement, "if you're going to be crossing the street make sure you do it in the marked crosswalk going corner to corner."

Don't completely accept KELOLAND's interpretation of Sam Clemens statement, "Clemens said the crash occurred outside of nearby crosswalks. He urged bicyclists to use marked crosswalks and to make sure the roadway is clear before crossing."

Because you are a city leader I suggest that it makes sense to consider all transportation system users when designing infrastructure. Most crashes happen not because people are out there doing dumb things, but because they're trying to make use of a system that isn't designed to accommodate what they're trying to do. It seems reasonable to me that a person standing on the northwest corner of any intersection in the city wanting to cross in any direction should be accommodated.

After taking this picture it quickly moved high on my list of favorite bike Sioux Falls photos. 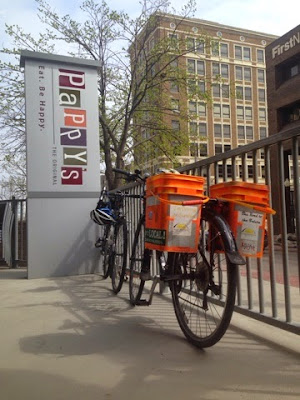 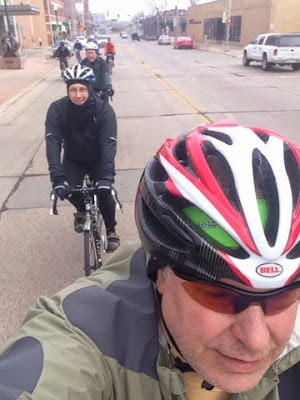 The next Saturday Coffee Shop Ride will be the last Saturday of April. The 25th. It will depart from Pappy's The Original - 101 S Phillips Ave. We'll encircle the heart of the core of the city, and take a nice long look at Covell Lake.

The ride leaves at 9am. The loop again is about 11 miles and is as always weather adjustable. We'll enjoy coffee or full breakfast after. There are general expectations of the Saturday Coffee Shop Rides. Faster riders may find the slowish speed of this ride mentally taxing.


Create Maps or Search for a route from millions at MapMyRide
at 10:51 PM No comments:

Upon further review maybe it was just me who was less likely to ride.

My #30daysofbiking pledge survived intact. I've rides 12 of the 12 days of April.

Email ThisBlogThis!Share to TwitterShare to FacebookShare to Pinterest
Labels: Mileage

It's time to get real again by marking mileage.

I took the 30 Days of Biking pledge. I'm 5 for 5. I've been taking pictures as I go. Here are a few favorites from the week.

The Boy 13 before the ride to school. 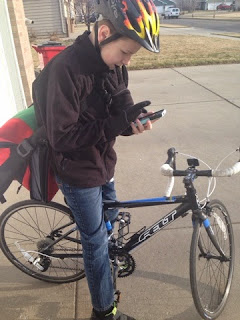 The Boy 17 correctly positioned and waiting for green. 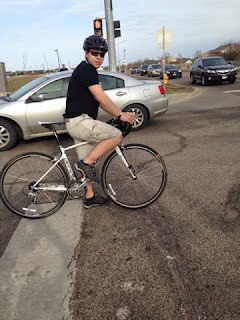 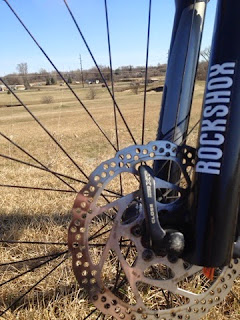